Bhutan, Nepal and Tibet Tour covers the three most beautiful Himalayan nations of South Asia: through the last Shangri-La–Bhutan, the land of Mt. Everest; the birthplace of Buddha—Nepal; and lastly, the roof of the world-Tibet. This 14-day adventure begins with the visits to popular Bhutanese landmarks like Tiger’s Nest Monastery, King’s Memorial Chhorten, Punakha Dzong (fortress), and others. Next, travel to Nepal with a flight to Kathmandu for an amazing time. Begin your tour with visits to three UNESCO World Heritage Sites in Kathmandu followed by jungle safari in Chitwan and sightseeing in the amazing lake city, Pokhara. Next, fly to Tibet and visit popular Tibetan landmarks like Potala and Norbulingka palaces, Tibet Traditional Museum, Barkhor Bazaar and others in Lhasa. While there, also visit a number of impressive Tibetan monasteries like Sera, Drepung and Jokhang Temple. Travel a little farther away from Lhasa the next day and explore the amazing Ganden Monastery and Drayerpa Cave.

Accommodations on this trip are on twin-shared basis.Single supplement will be served on request and will cost an additional 760 USD.

Nepal: We will be accommodated in 3 – 4 star hotel in Kathmandu, Chitwan & Pokhara

Varieties of meals are available in most hotels the most popular being Indian, Chinese, Nepalese, Bhutanese, Tibetan and the more common continental food. Vegetarian and non-vegetarian dishes are also available in every restaurant and hotel. We will be served breakfast, Lunch, and Dinner in Nepal and Bhutan. In Tibet, only breakfast will be served. We will have to take care of Lunch and Dinner on our own in Tibet.

Spring (April and May) and autumn (September to November) are the best seasons for this tour. We can also equally enjoy Bhutan, Nepal and Tibet Tour during winter months but it may get a bit cold.
Day 01: Arrival and sightseeing in Paro (2,250 m/7,382 ft)

As our flight nears Bhutan, we can enjoy amazing views of the Himalayas including the sacred Jumolhari and Jichu Drake peaks. At the airport, we will be greeted by a representative from ABC Trek who will take us to our hotel. Today, we will visit Rinpung Dzong which was built in 1646 and now houses the district Monastic Body and government administrative offices of Paro Dzongkhag. We will also visit Kichu Lhakhang, the oldest temple in the country and Drugyal Dzong, built in 1646 to commemorate Bhutan’s victory over Tibetan invaders during the 1600s. Overnight in Paro.

After breakfast, we spend 4-5 hiking to and from Taktsang (Tiger’s Nest) Monastery, which is Bhutan’s most famous monastery situated at 3,180 meters. Guru Rinpoche (spiritual master) is said to have flown on the back of a tigress to meditate in a cave where Taktsang Monastery now stands. Lunch will be served in the Cafeteria Restaurant, located about halfway up the mountain. After having explored the monastery, we hike down to the valley floor. This afternoon, we will drive to Thimphu, and spend the night.

After breakfast, we enjoy the scenic drive to Punakha with a stop for tea at Dochu La Pass (3,100m), where on a clear day we get spectacular views of the Himalayas. From the pass, we drive downhill through rhododendron, fir and hemlock forests. We then pass through rice fields along river banks and reach Punakha. After lunch, we visit Punakha Dzong. Built between 1637-1638, it is the second oldest and the second largest dzong in Bhutan. Overnight in Punakha.

After breakfast, we drive to Paro via Dochu La pass. There, we visit the new Druk Wangyal Monastery. With elaborate paintings depicting the lineage of the present monarchy and their visionary works, the Druk Wangyal Monastery is the only one of its kind in the country. After the tour of the monastery, we continue our drive with a stop in Thimphu for lunch. Overnight in Paro.

After breakfast we begin our drive to Chitwan, a city located at the foot of the Churia range and famous for housing Chitwan National Park (CNP), the first national park in Nepal, which is also a UNESCO World Heritage Site. Upon reaching Chitwan, we either take a jungle safari or nature walks depending on the time of arrival. During the safari, we go deep into the jungle and spot deer, the endangered one-horn rhinoceros, along with other wild animals. If lucky, we may even spot the elusive Royal Bengal Tiger. During nature walks we enjoy the company of a wide variety of flora and fauna and spend some time bird watching. In the evening, there will be a presentation on the wide range of flora and fauna of CNP. Overnight in Chitwan.

Early in the morning, we will be mounted on elephant backs for a jungle safari through dense grasslands to witness wildlife in their natural habitat. After breakfast, we visit the elephant stables and even enjoy bathing the elephants. During the afternoon we can either drive through the jungles followed by a canoe ride down the Rapti River. While canoeing, we may get a close look at the Gharial and Mugger crocodiles along with fresh water dolphins, otters and varieties of water birds. Or, we may even go for birding or nature walks and come closer to a variety of wild flora and fauna found in the park. Overnight in Chitwan.

Leave the southern Nepalese landscape for Pokhara, the beautiful lake city. As we enter Pokhara, we are rewarded with magnificent views of the Himalayas including Dhaulagiri, Manaslu, Machhapuchhre, the five peaks of Annapurna and others. Today, we visit Davis Falls and Shiva Cave. Davis Falls is a unique waterfall that flows directly into a narrow and deep canal which has no end. The Shiva Cave is located near to Davis Fall and houses a shrine dedicated to Lord Shiva, a primary Hindu God. Overnight in Pokhara.

Early in the morning we leave for Sarangkot, a hill that overlooks the Annapurna and Dhaulagiri ranges in the north and Pokhara city in the south. From here, we catch amazing views of the sun as it rises in the mighty Himalayas. We then head back to Pokhara where we can do some boating in Phewa Lake, the largest lake in Pokhara. We will also visit Bindyabasini Temple located at the center of the Lake before flying to Kathmandu for overnight stay. In Kathmandu, we take dinner together with Himalayan Glacier’s representatives.

On our flight to Lhasa, we get to enjoy a beautiful hour-long trans-Himalayan flight that takes us over Everest (8,848 m), Kanchenjunga (8,536 m) and other Himalayan peaks and glaciers. Upon our arrival at Gonggar Airport in Lhasa, a representative from Himalayan Glacier will pick us up from the airport for about an hour’s drive to our designated hotel in Lhasa.  We are advised to take plenty of rest for the remainder of the day in order to minimize altitude sickness. Overnight in Lhasa.

We begin sightseeing in Lhasa after breakfast. Today is the day we visit the beautiful Potala and Norbulingka Palaces. Built in the 17th century, Potala Palace provides amazing views of the entire city and houses the private quarters of the Dalai Lama, numerous grand state rooms and chapels. Norbulingka Palace is the summer palace of the Dalai Lama and houses what is considered to be the largest man-made garden in Tibet. Next, we visit the Tibet Traditional Hospital which is the center for the treatment, training, research and production of Tibetan medicine. Overnight in Lhasa.

After breakfast, we visit Drepung Monastery, Sera Monastery, Jokhang Temple and Barkhor Bazaar.  Drepung Monastery, which was built in the 14century, is believed to have sheltered around 10,000 monks in the past but as of now there has been quite a declination resulting in only a few hundred. The history, culture, and religious beliefs of the Tibetan people are strongly concentrated and centered in this marvelous monastery.  Sera Monastery is a preserved monastery of white-washed walls and golden roofs. Jokhang Temple is another important sacred site which unravels more deep-seated mysteries of Tibetan Buddhism. We further stroll through Barkhor Bazaar (market). With its open air stalls, shops and crowd of pilgrims, it is the nerve centre of Lhasa. Overnight in Lhasa.

In the morning, we drive to Ganden Monastery, located at the top of Wangbur Mountain (3,800m) in the Lhatse County, 57km east of Lhasa. It is the oldest and one of the ‘great three’ of the six Gelug Sect monasteries in Tibet. Ganden Monastery has extremely delicate and fine murals and sculptures. It also keeps a suit of armor decorated with gems, which was worn by Emperor Qianlong and was bestowed to the monastery as an offering to Tsong Khapa, founder of the Gelug Sect. During the afternoon, we drive to Drayerpa Cave located in a beautiful valley with a stunning landscape. There are more than 30 caves for Lamas who wish to meditate in a silent environment. In the evening, we drive back to Lhasa and spend the night.

Our adventure in the Himalayas comes to an end today! A representative from ABC Treks will take us to the airport approximately 3 hours before our scheduled flight. On our way home, we have plenty of time to plan our next adventure with ABC Trek.

Included in the Cost 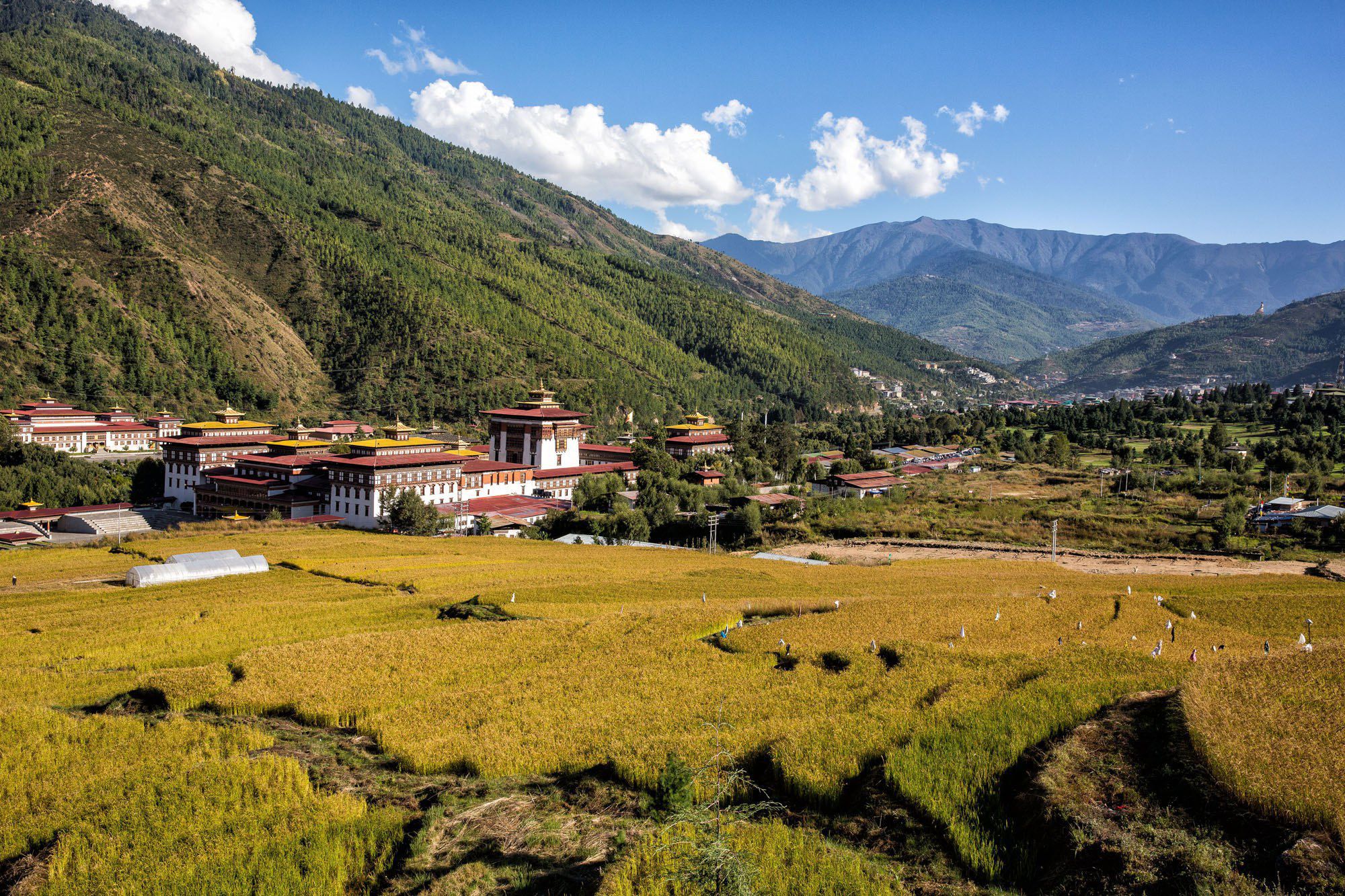 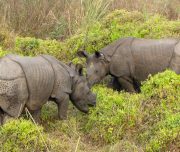 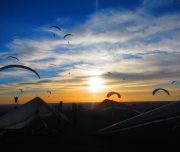 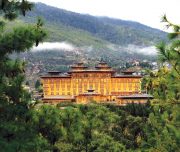