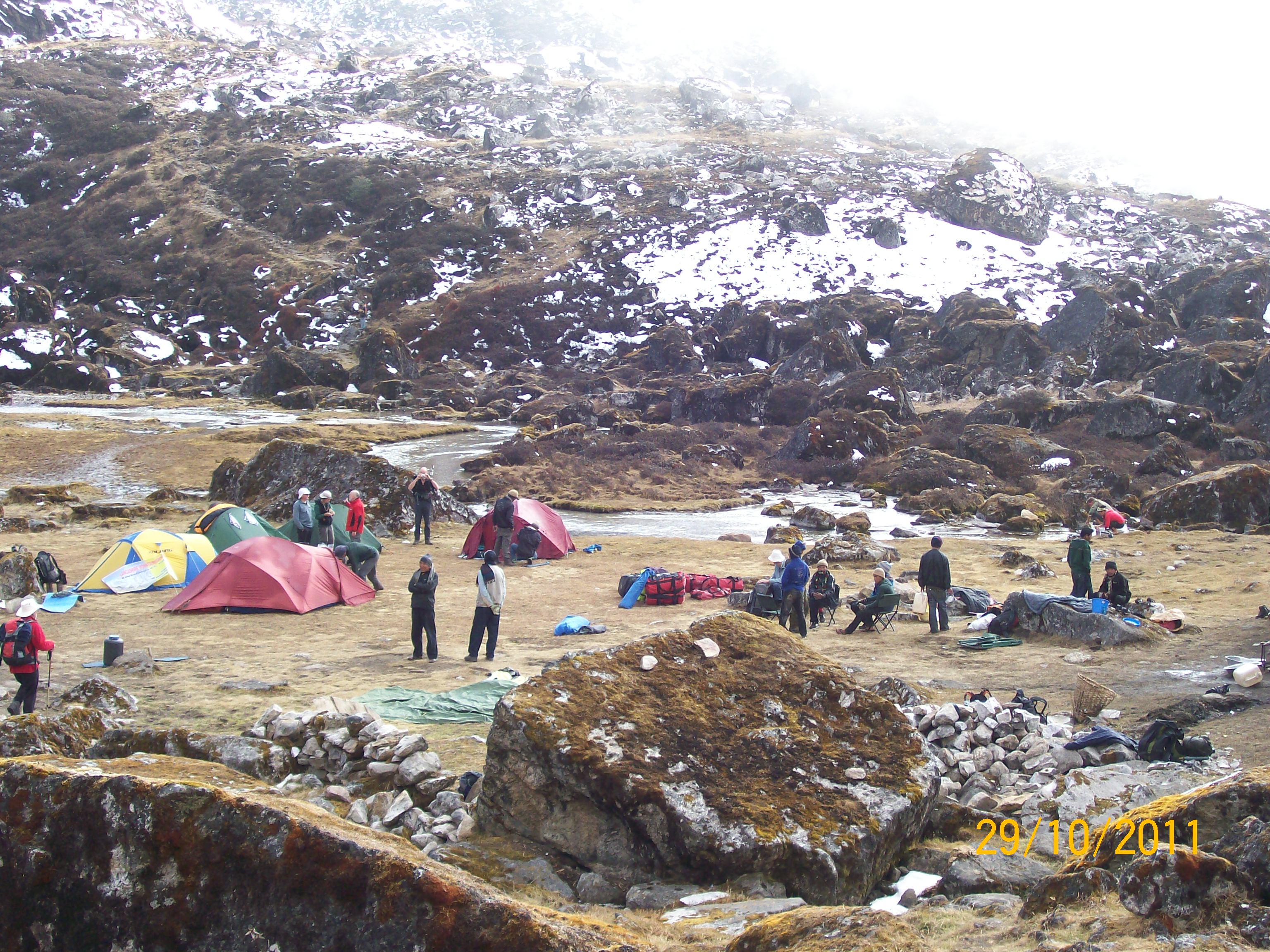 The trek described below is a circuit and includes a visit to the Pathibara Temple, which is an important religious site for many Indian and Nepali pilgrims. The trail goes northwards to Ghumsa where it climbs to the Kanchenjunga Base Camp (5143 m) going through a spectacular high alpine landscape. It then goes east via 2 passes and continues to the Yalung Base Camp (4500 m), after which it goes back south to Taplejung, the starting and ending point of the trek.

The trek goes through the Kanchenjunga Conservation Area, managed by local communities in partnership with WWF, which is one of the least densely populated areas in Nepal. Pristine forests, alpine meadows and high-altitude wetlands are home to the endangered snow leopard and red panda, the vulnerable Himalayan black bear, clouded leopard and Assamese macaque.

Day 1: Arrival to TIA airport. Pick up from there then check in to hotel in Kathmandu Upon arrival in Kathmandu.

Our airport representative will be waiting outside the airport terminal a few meters from the exit door. Please check your name at play card. He will bring you to hotel in Kathmandu. The drive from the airport to the hotel is around 20 minutes

Day 2: Kathmandu to Biratnagar flight and drive to Hille (1800 m)

Today we take a flight to Biratnagar of about 30-40 min. Biratnagar is an industrial city in the lowlands of Eastern Nepal. From here we take a drive to Hille viewing all around the spectacular sceneries of lowlands. Hille is a Tibetan settlement valley which would be our first place for overnight camping.

We make an early trek to Buranse Danda, towards the Tamur River along a ridge. At the top of this ridge we arrive at Shidua. Here we camp for the night.

After breakfast today we’ll trek through a forest area to Chitre, observing the local wildlife along the route. The views of Mt. Makalu (8476 m) and Chamlang area the main highlights along the trail. The trail climbs up through mossy rhododendron forests, with superb views over the valleys of Arun Koshi and Tamur koshi to the hamlet of Door Pani 2780m. Camping at night.

After gentle climb through more rhododendron forests to a mountain ridge Milke Danda and we drop down to the village of Tongise Phedi. The trail continues through pretty grassy fields with views of snowy mountains range and Mt. Makalu in a constant view. Soon the Kanchenjunga range appears and we come to Mongol Bharai pass, lined with Mani stones. The trail dips up and down before reaching two small lakes at Lamo Pokhari and another collection of mountain pools at Gupa pokhara for our camp.

This is a long day trail. Follow the trail uphill from Milke Danda ridge to a second ridge running northeast towards the Tamur koshi. Enjoy the shade of rhododendron until Akhar Deorali (3200 m), and then follow an undulating path through mixed deciduous forests to Gurja Gaon, 2000 m for lunch. The later part of the day is long and time tedious, descent through cultivated country to village of Chatrepati and finally drops down a rocky trail to Nesum (1620 m) and set up camp for the night.

Below Nesum, the trail continues its descent to the Tamur Koshi, zigzagging down past scattered farms to a suspension bridge over the small river. Show your permit for inspection and cross Dobhan (640 m), after three hrs leaving Nesum. At Dobhan, you cross the Tamur Koshi and make the step, testing ascent to Taplejung. This is the central hub of this region and also a useful exit route for any ill.

Follow the east bank of Tamur as the trail dips and rises along the riverside, striking rocky fields and landslides to a valley populated by the Limbus peoples, the descendants of the Kirati warriors who ruled Nepal at the dawn of Nepalese history. The valley narrows and descends to a wooden bridge across the Thiwa Khola at 1140 m, then wind up and down along the riverbank of Chirwa. We camp near Chirwa, a pleasant bazaar with a few tea houses and shops.

Stroll north along the east bank of the Tamur River on a rolling trail to the Chhetri village Tapethok (1320 m). This is a Kanchenjunga National Park checkpoint. From here cross the simbuwa khola, a river formed by the Yalung Glacier, along the Tamur to the Walunchung gola (3220 m). Drop down to the Tamur and cross on a new suspension bridge, just above the confluence with the Ghunsa Khola. It’s a short walk along the steep to a riverside camp site near the Tibetan village of Sakathum.

Start on the narrow trail that wind along the north bank. After few ups and downs beside the river, you’ll reach some stone steps that scramble high above the river to a waterfall and the tiny hamlet of Ghaiyabari (2150 m). Another climb from the gorge bottom passes by Solima. The trail passes along thegorge, hence be careful while walking. Then following the uphill and downhill tricky trial, we conclude our today’s hectic journey at Tibetan settlement Amjilossa.

This is relatively short day continues to climb along the Ghunsa valley. You’ll definitely feel the mountains are getting closer as you climb to a flat ridge and meander through a forest of bamboo, Rhododendron and gnarled brown oaks, passing scattered pastures and waterfalls. We climb steeply to Kyapart, perched in the middle of terraced hills about 350 m up from the Ghunsa Khola. The trail begins a grinding climb to the Sherpa village of Gyabla or also called Kyapar.

The day begins with a day steep drop into a ravine, followed by an easy level stage through fir and rhododendron forests along the riverbank. It takes all mornings to trek to the yak pastures and potato fields of Phole (3210 m). Above Phole, the valley widens and the trail improves through fields and larch forests, dipping down to the riverbed before crossing to Ghunsa Khola and crossing a bridge to the village of Ghunsa overnight camp there.

Heading north from Ghunsa, the trail makes a gradual ascent through a forest of larch and juniper along the east bank of the river. After crossing a sandy, boulder-strewn floodpain, the path crosses a rickety, wood and stone bridge to the west side of the river at Rambuk Kharka (3720 m). We glimpse the Jannu Glacier, later on we get a view of Jannu (7710 m) we descend the mountainside to our camp at Khambachen and overnight staying there.

This is a rest day to allow your body to adjust to the higher altitude. The views from here are superb- the peaks of Khabur (6332 m) and Phole (6645 m) and Jannu are lined up at the east, while the snowcapped ridges beyond the Kanchenjunga Glacier loom dramatically to the north. Alternatively you could try a bit of nature Photography. So deserve a rest today to collect our thoughts on how wild and wonderful everything has been so far.

Above Khambachen, the trail enters a desolate landscape gouged by the icy fingers of glaciers. The path climbs gradually across the slopes of landslides to pasture area Ramtang (4350 m). The trail runs along the lateral moraine of Kanchenjunga Glacier, following the north bank of the river and cross over to the Lhonak Glacier. On the east side of the valley is the crown shaped Merra Peak (6344 m). We arrive at our campsite at Lhonak. The village of Lhonak sits beside a wide, often dry lakebed, on an open, sandy plain.

To reach Pangpema, ascend through gradually across the plain and follow the line of the moraine. The most stable trail climbs onto the ridge before dropping to a pair of lonely-looking huts at Pangpema. We shall have excellent views of the towering peak of Kanchenjunga today.

Day 17: Pangpema to Khambachen and to the Passes

The views are often crisp and clear in the early morning to hike up the ridge north of Pangpema for the kind of view that inspire religions. From a vantage point about 300 m up the slope, you will have a panorama of Kanchenjunga, Taple Shikar and Gimmigela Chuli. We link to the Kanchenjunga south treks by crossing the Mirgin La (4663 m) and the Lapsang La pass (5160 m) depending on the weather conditions where both are of tough kind.

We shall have a rest today to make progress from the labors of the previous day. Have a beautiful glimpse around the pass of the spectacular snow-capped mountains and ridges.

It takes about seven hours Trek to Ramche. The view is wonderful as you ascend past the snout of the Yalung Glacier and into a series of ablation valleys. Explore around South base camp. Especially impressive is the east part of Khumbakarna Glacier.

A relatively short day walks to Tseram. The scenery is magnificent as we descend past the snout of the Yalung Glacier and into a series of ablation valleys. A frozen lake, crystal clear streams and views of Kokthan, Rathong and Kabru are the highlights of this walk. We will have a magnificent view of the Kanchenjunga south face from a chorten at about 4500 m. We descend later to Tseram for our over night camp.

Just after Tseram, the towering heights of Kabru and Rathong peep over the moraine. The trail is fairly downhill and as the day progresses, the trees become sparser and more stunted, giving us glimpses of the snow-capped giants ahead and of the massive snout of the Yalung Glacier. We steadily descend through the forests of mixed rhododendron and pine to Torontham.

A steep ascent takes us down into the valley of the Simbua Khola after crossing an interesting wooden bridge. We ascend across some fairly steep and exposed slopes after re-entering the forest. We pass through Lamite Bhanjyang (3410 m) and Amji Khola ascending to a pass at Dhupi Bhanjyang (2540 m). The path zigzags down through the fields of corn and barley. Reach Yamphudin crossing the ridge at 1690m. Yamphudin is a mixed community of Sherpas, Limbus, Rais and Gurungs and the first real village since Ghunsa.

Following the west bank we cross the Kabeli Khola. Ascend rocky cliffs on the rubble of past landslides. Crossing on a fragile-looking suspension bridge, get down to the ridge. Passing through the dotted house of Pauwa of Mamanke (1780 m) continue to ascend rice terraces up to Phumpha.

We climb to a ridge and descend through series of side valleys past Phun village to Kesawa. The trail continues to ascend to a Gurung settlement at Bhanjyang (pass). From here the trail traverses a ridge and descends to the Limbu village of Khunjari. We camp below on the banks of Phawa Khola at 1430m.

We descend from Phawa Khola to Taplejung for our overnight stay. This would be our last day of the trek. Enjoy the local customs and traditions at evening.

We fly in the morning back to Kathmandu via Biratnagar. At the evening you can have your last night in Nepal enjoying the Nepali cultural dinner show, taking some beautiful snaps and making up your mind for the returning journey. (Or you may stay longer for short tours such as drives at National parks, rafting, Tibet tours, mountain flight etc).

A huge range of Western, European and Nepali cuisine offers you very delicious taste all around in city. You can have a greetings exchanging among friends and buy some souvenirs.

We will drop you to the International airport to catch your flight back to your home. Wish you best of luck for rest of your life having very great experiences and adventures. 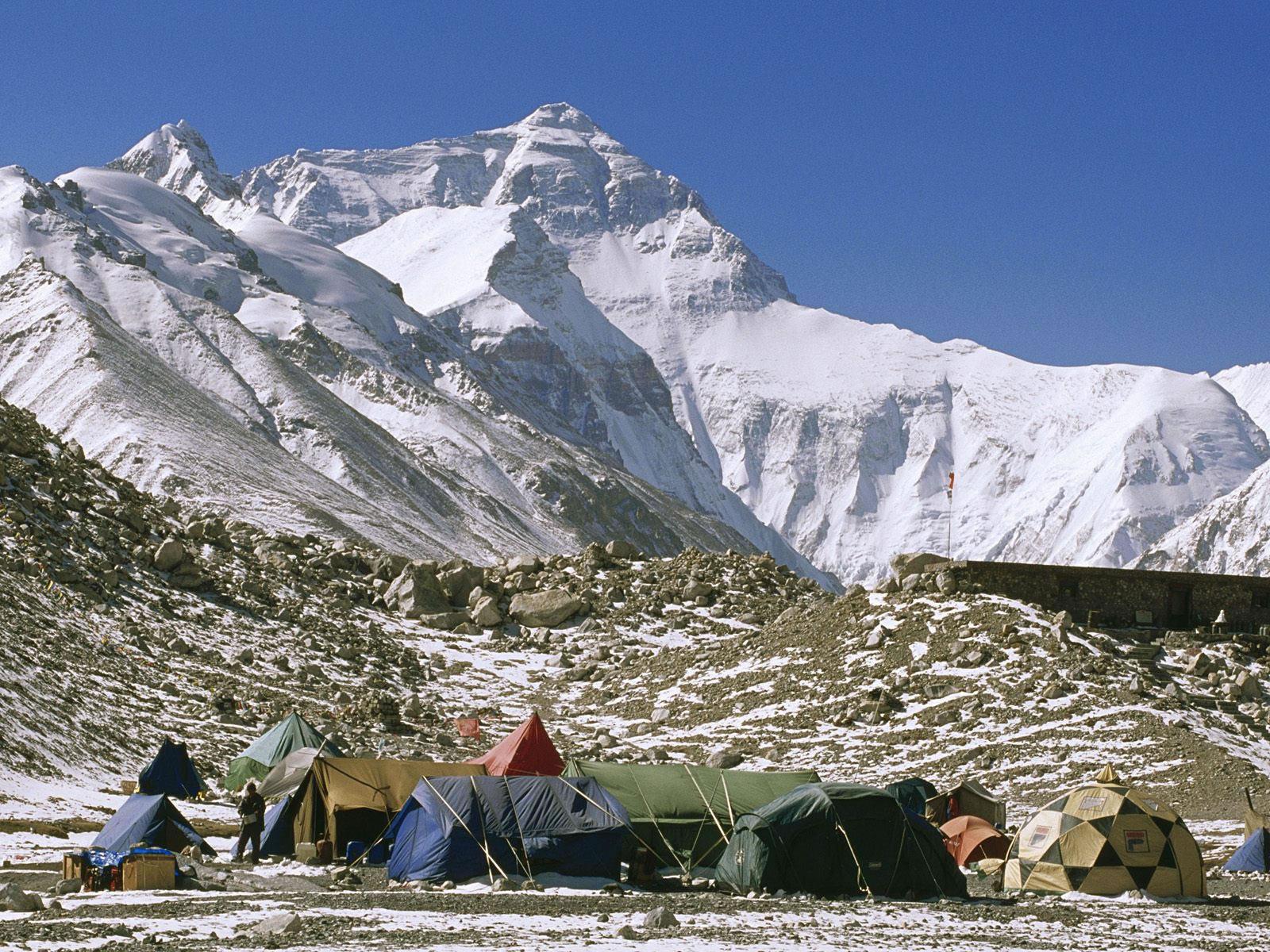 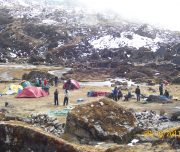 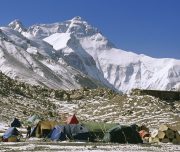 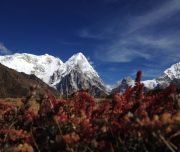 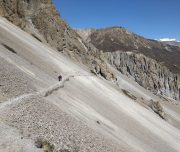